This project will explore how a histogram approaches a probability density function (pdf or PDF) or a probability mass function (pmf or PMF) for a random variable and illustrate how to use the pmf/pdf to compute probabilities.

HISTOGRAMS, PDFS AND PMFS
By now, you should all know about histograms, after all, we discussed them in ENES101. We take a large collection events from multiple independent repetitions of a specific experiment, assign numbers to those events by means of a random variable, and then sort the values of the random variable into bins, counting the number in each bin. If we divide the number in each bin (i.e., the value of the histogram in that bin) by the total number of independent trials, we form a naïve estimate of the probability that the value of the random variable falls in that bin. Clearly, if we sum up all of these estimates, we should compute exactly 1.000…, because we will have accounted for all of the trials. Thus, in a simple view, the scaled histogram represents the scaled probability density function (if the random variable is continuous) or the probability mass function ( if the random variable is discrete). As the number of trials increases, the histogram should more and more closely approach the analytical pdf or the analytical pmf , where and represent the center of the bin.

PMF for a single fair die

Using the MATLAB function randi(imax, m, n) , model the number of dots showing on a fair six-sided die. In this case the number of dots – that is, resulting random integer – is the random variable. Each element of the returned matrix of values is one trial. Generate histograms using 120; 1200; 12,000; 120,000 trials and generate the scaled histogram, as described above. In each case, compute the (sample) mean and (sample) variance of your trials.

For those programming in a language other than MATLAB, randi(imax, m, n) creates an array of random integers in the range of 1 to imax.

Hint: use the appropriate MATLAB functions for this! Discuss your observations as the number of points increases. How do the histograms vary (or not) from what you expect. As shown in the figure 1 to figure 4, by increasing the trial, the mean and variance values is fitted to the expected values. 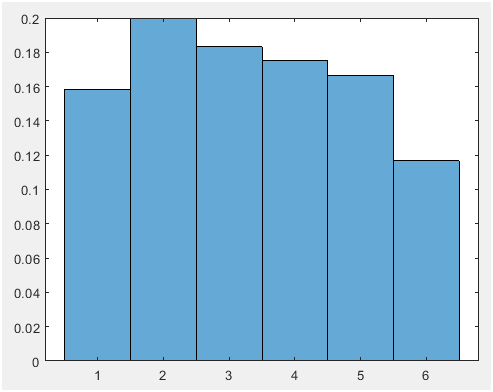 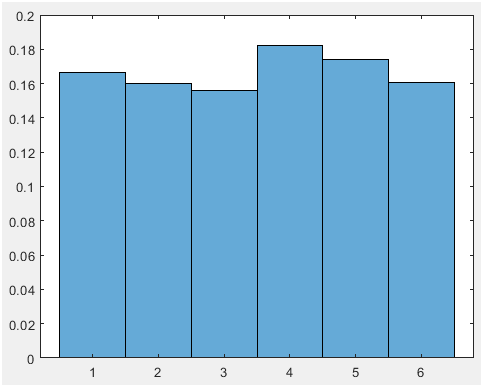 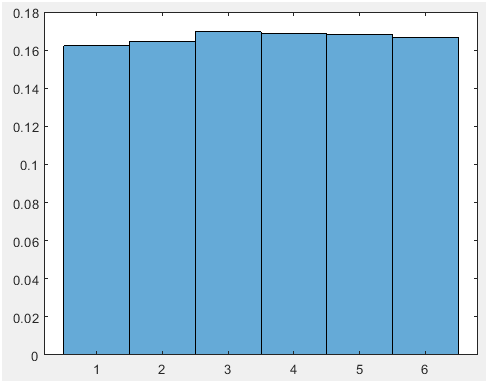 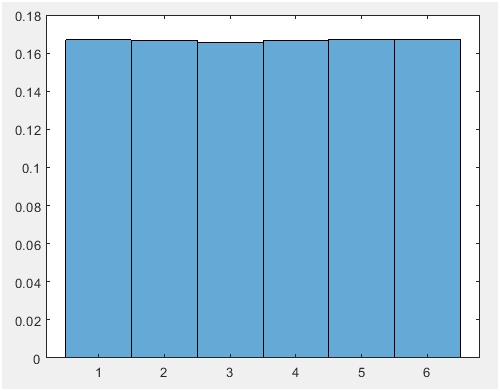 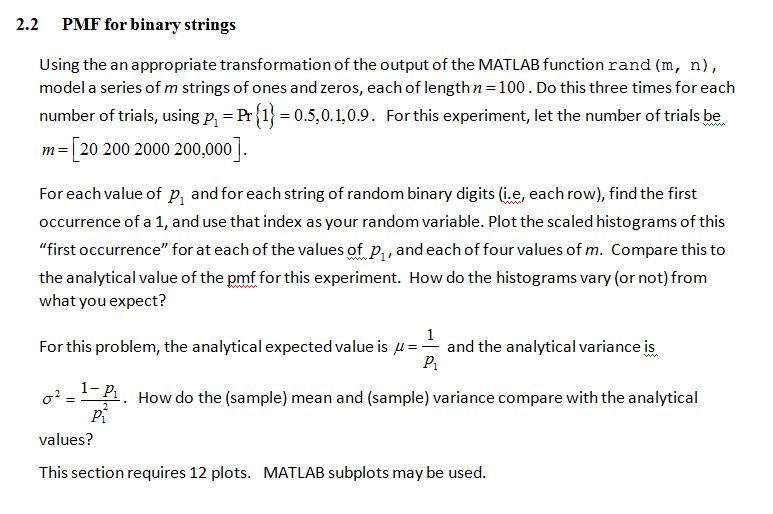 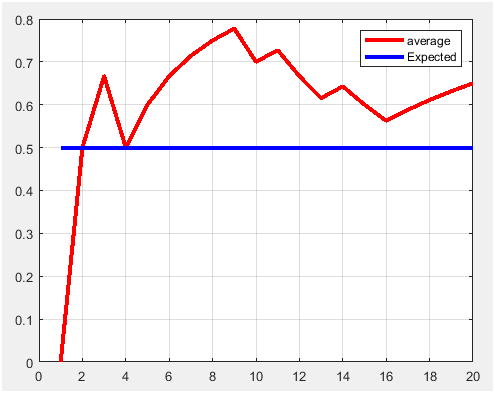 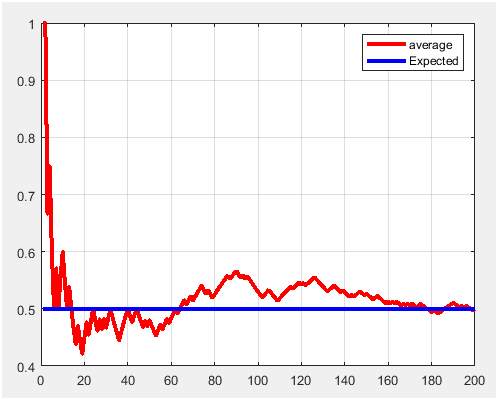 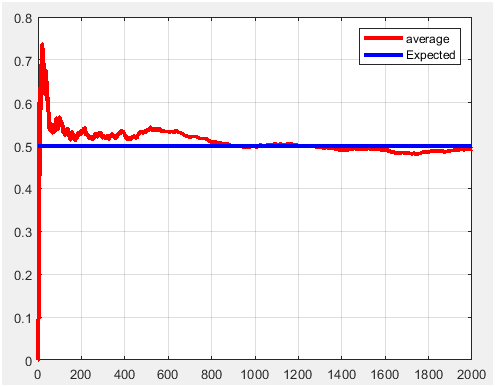 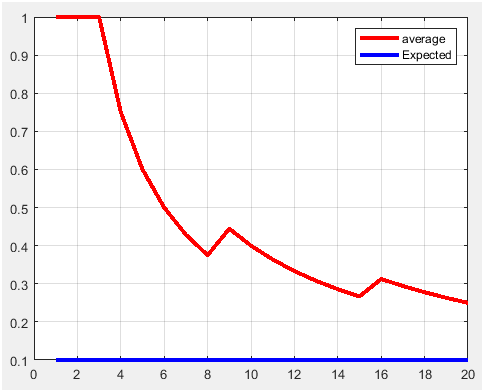 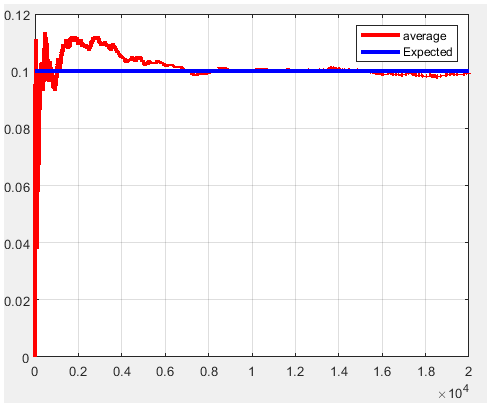 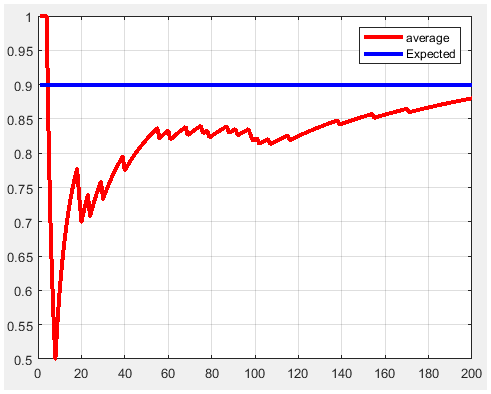