In the above table, the mean and median for all the variables were presented. On average, the company had a sale of 207.02 with a median of 106.15, capital investment with an average of 61.025 and a median of 26.45, and 1322 employees were employed by the company on average with a median of 675 employees. As evident in the table, the means of all the variables except capital investment are greater than their respective medians. On the measure of variability, a standard deviation that shows how varied observations are from the mean is reported in the above table, also, Range and Interquartile range were presented in the same table. Variability is lowest in capital investment (SD = 76.5) followed by comp.million (SD = 107.17), then sales (SD = 231.6) and no. employees (SD = 1471.53). The interquartile range which is the difference between the 75th percentile and 25th percentile gives a spread of observations. From the table, it is observed that there is much spread of observation in the number of employees followed by sales, comp. million and then capital investment. Skewness is simply a measure of asymmetry and normal distribution has a skewness of zero. From the table, all the variables have skewness greater than 0 which implies that the variables are not normally distributed. The shape is equally not symmetrical. Hence, the variables are right-skewed. On the kurtosis of the distribution, which measures the peakedness of the distribution. A normal distribution has a kurtosis of 3 or excess kurtosis of 0, a kurtosis of less than -1 is too flat while a kurtosis of more than is too peaked. from the table, it is observed that comp. million is too flat (Platykurtic) while the sales, capital investment, and the number of employees is too peaked (leptokurtic).

This tells us that the middle 50% of values in capital investment have a spread of 68.7 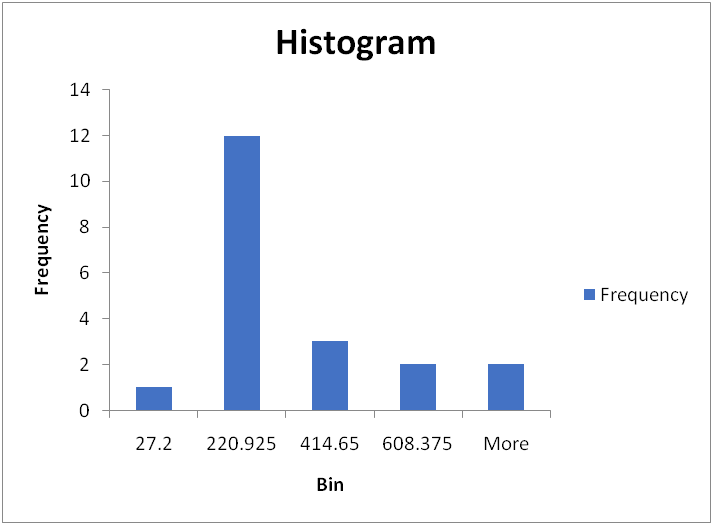 From the box plot presented above, two observations are identified as outliers which are 222.2 and 278.4, looking at the five summary statistics, the distribution is not symmetrical in shape. 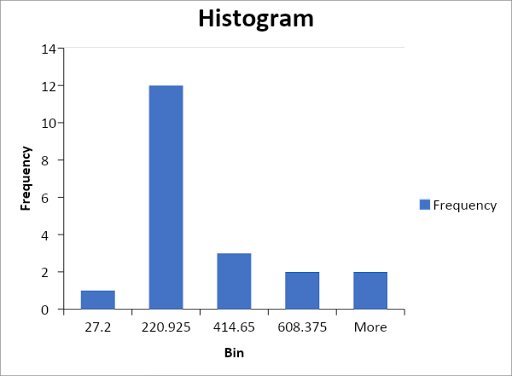 Since most of the values are clustered on the right side of the histogram with a single peak, the histogram is unimodal in shape and right-skewed.

The value of the Z-score implies that the sales value of 162.9 is a 0.19 standard deviation below the mean