The consequences of marijuana criminalization in the United States

● Dependent Variable: # of arrest made 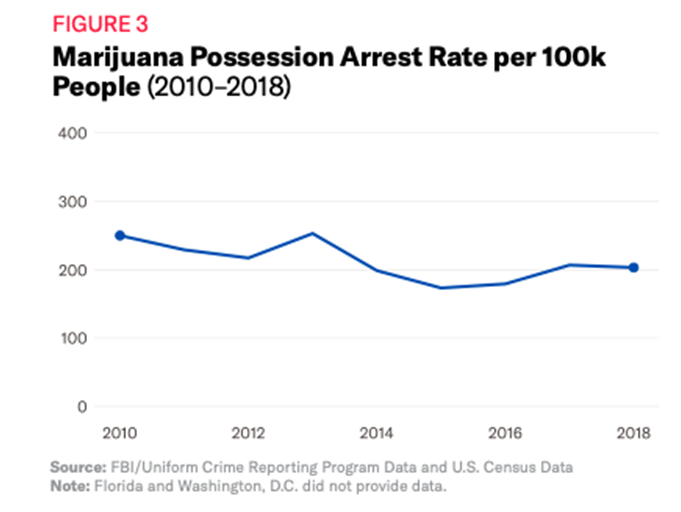 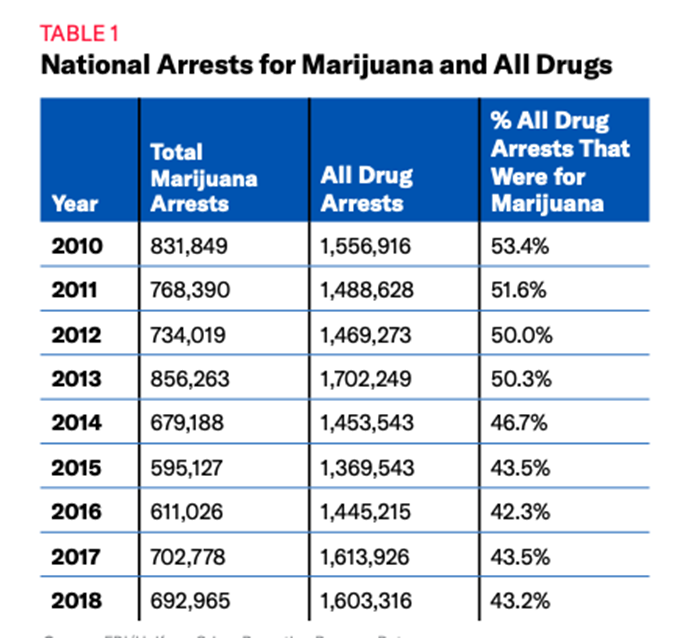 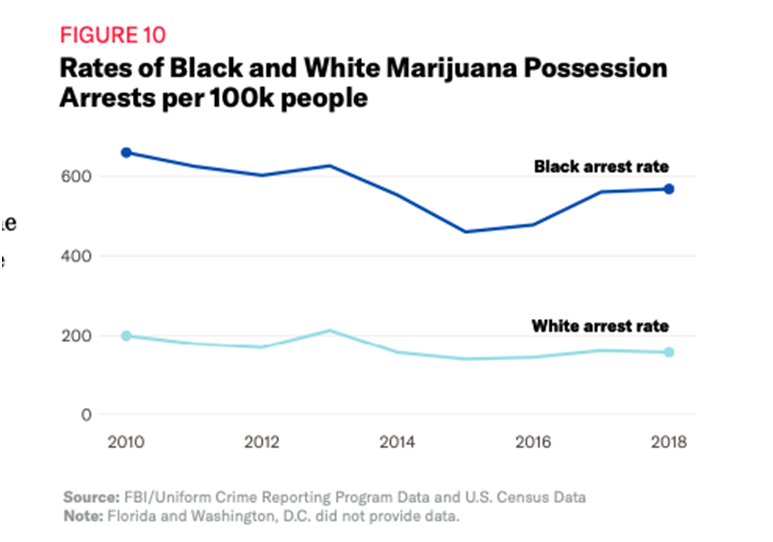 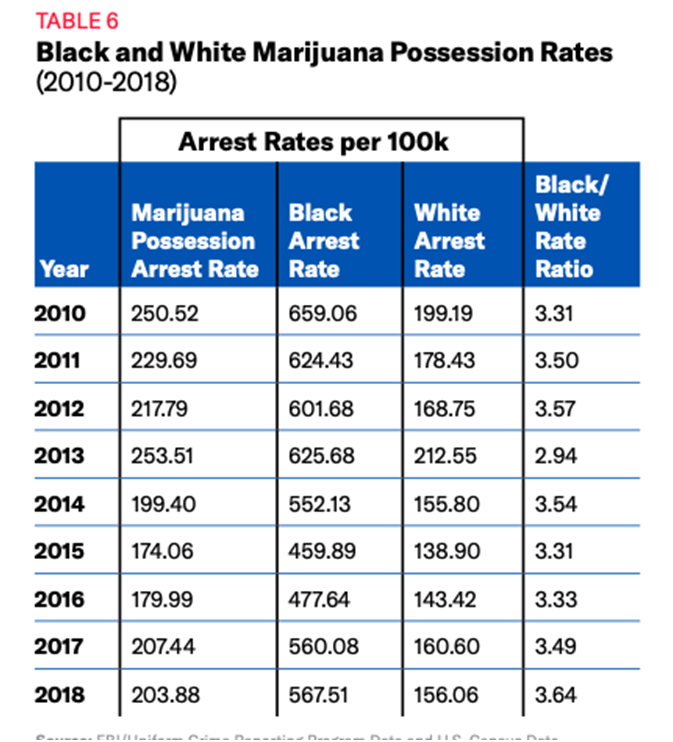 Provide a paragraph of explanation about descriptive

statistics of your data

Create a scatterplot using the dependent variable and

Provide a scatterplot with a trend line, a regression

Provide an interpretation of the scatterplot. In other words,

provide an explanation about the effect of the independent

Existence, magnitude, and direction of the effect

Provide explanations about the result

What is your explanatory power of regression equation as

Interpret both R-sq. and Adjusted R-sq.

Test the overall model significance by comparing the P-value of F (i.e., Significant F) and alpha

Provide explanations about a result(s) (cont.)

Interpret the regression coefficient on the independent

comparing a P-value and alpha

your hypothesis = your tentative answer for your

Copy an Excel spreadsheet of raw data and paste it on

If you use a cross-sectional data, then check:

If you use a time-series data or panel data, then check:

Provide each diagnostics processes and outputs and interpret

The dataset used for the analysis has 49 observations with 13 as the least number of marijuana arrests and 753 as the highest. The data for the Marijuana arrests case is positively skewed and this means that its mean value of 252.21 is greater than the median of the data point. A standard deviation of 184.744 indicates a greater spread in the observations, that is, most of the observations are spread within 92 standard deviations on each side of the mean. The data has a leptokurtic distribution because the distribution has heavier tails. 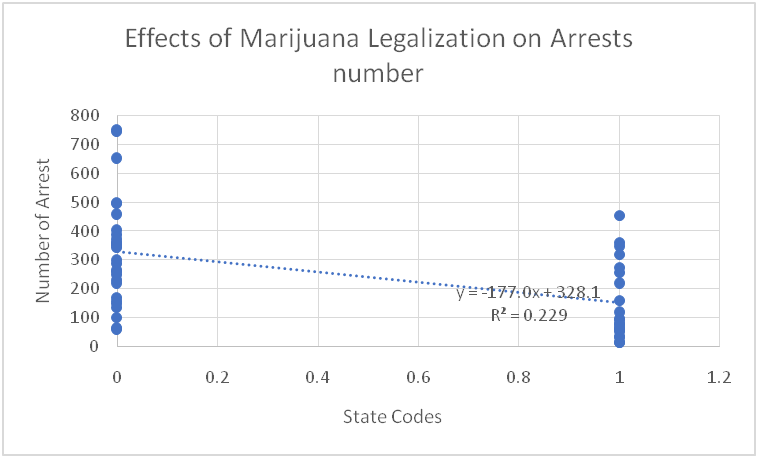 The shape of the scatterplot between the number of arrests across 49 states in the United States of America indicates a non-linear negative relationship between the dependent variable (Number of arrests) and the independent variable (Marijuana legalization). The scatterplot also portrays the regression equation, trendline, and R-squared. In summary, Marijuana legalization has a non-linear negative impact on a number of arrests and cases related to marijuana.