The simple consumption model can be specified in an econometric model as shown below:

The model can be modified to include control variables such as

Where cshpi represents the US home price index while csent is the consumer sentiment index.

Consumption is usually affected during a recession because income is reduced and purchasing power is reduced. The model can thus be modified to include the effect of recession.

Where increase is the interaction of Y and a dummy variable which equals 1 when there is recession and 0 otherwise.

The data is collected from the database of the Federal Reserve Bank of St Louis. The variables and their description is shown in table 1.

The model is tested for autocorrelation, heteroscedasticity, omitted variable bias, multicollinearity, and normality. The result is presented in Table 3 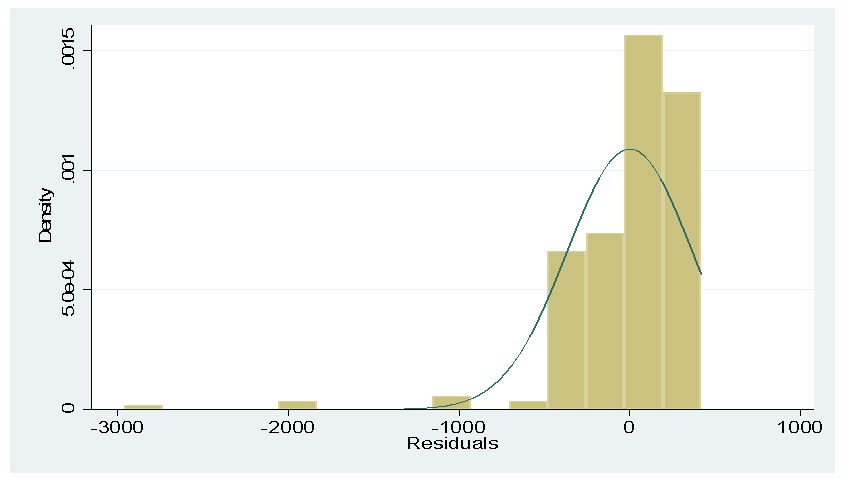 The results support the proposition of economists regarding the relationship between income and consumption. In all variations of the models, income has a significant impact on consumption. In addition, the economic theory proposition regarding the direction and magnitude of the marginal propensity to consume and autonomous consumption was supported by the result. However, the model suffers a violation of major assumptions of classical linear regression like autocorrelation, multicollinearity, omitted variable bias, and normality of residuals. Therefore, this casts doubt on the correctness of the model. Thus, the model should be modified by first including the lags of consumption as it is theoretically sensible that present consumption will depend on past consumption because consumers will try to maintain past consumption levels even in the face of falling income. This will correct the autocorrelation problem if the lag is correctly specified and may partially or fully correct the omitted variable bias. Also, the robust standard error can be used to take care of heteroscedasticity